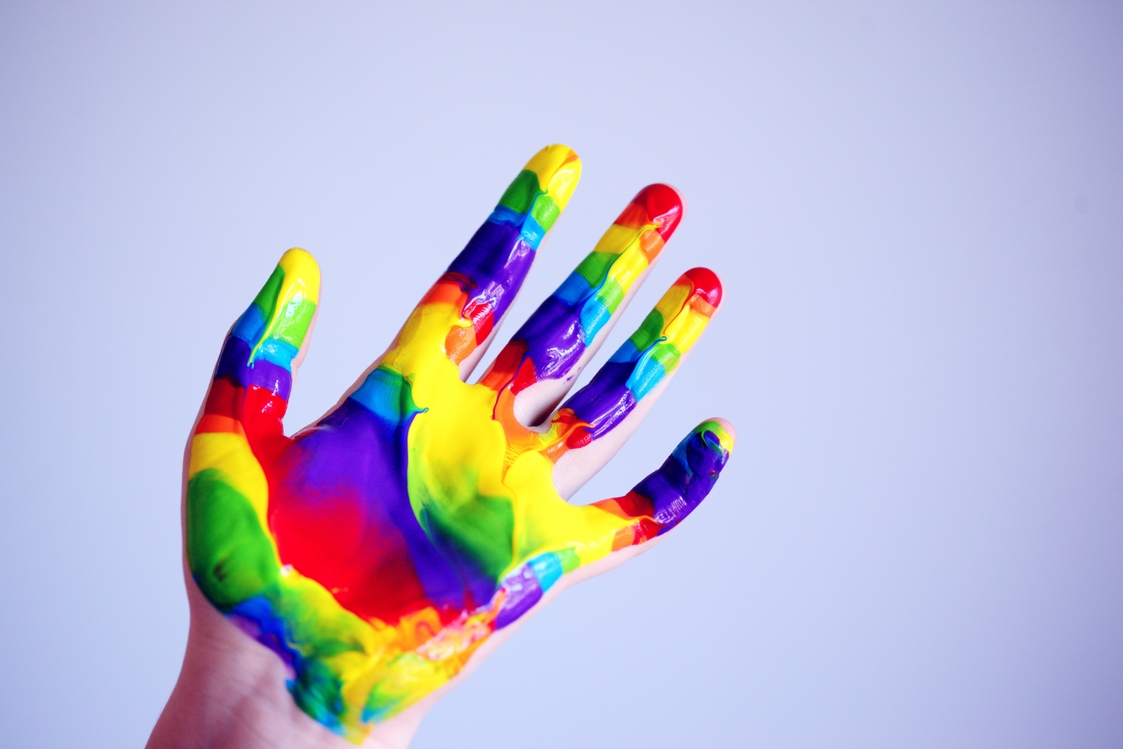 Creativity is a fascinating concept. It’s often thought of as being ‘innate’  – we assume that some people are creative, and some people aren’t. Therefore, scientific studies of creativity are still in their relative infancy. However, there is a growing body of work that is exploring how we understand creativity.

How can we define creativity?

It is widely acknowledged that all human beings possess the ability to be creative. That being said, we seem to separate the creativity we recognise in everyday people, from public figures known for their creativity. These figures are people like Michelangelo, Mozart, Shakespeare, Da Vinci and Thomas Edison.

What links all of these people in our minds as ‘true’ creatives? To begin to answer this question, we need to assess the ways in which we define creativity.

The general consensus is that there are two main components to creativity – originality and functionality:

We often define creativity as ‘out of the box’ thinking. A creative person has to be capable of original thought. However, they must be able to determine which thoughts actually make sense.

Liane Gabora is a professor of psychology at the University of British Columbia. She introduced the ‘Beer Can Theory of Creativity.’ A person has original thoughts but no sense of function. Gabora compares this to “having all the cans of beer in a 6-pack, but the plastic thingy holding them all together is missing.”

This dual criteria of originality and functionality allows us to identify ‘true’ creativity. However, our definitions of creativity can be further categorised. The matrix below does a great job explaining the umbrella of creativity. 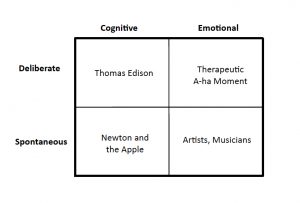 Deliberate/Cognitive Creativity– Inventors and innovators deliberately pursue creativity. They have set out to find a creative solution and achieved this with a great degree of discipline and focus.

Deliberate/Emotional Creativity – Artists and musicians often find creativity to be cathartic or therapeutic. Their emotions find a new creative form. This is why so much art is inspired by personal conflict and hardship.|

Spontaneous/Cognitive Creativity– This is commonly known as the ‘eureka’ moment. Isaac Newton is the most notable example of this. People may be struggling to find a creative solution, only for one to fall onto (or out of) their head.

Spontaneous/Emotional Creativity– This can be defined as an epiphany rather than a ‘eureka’ moment. Artists, writers, and musicians can struggle to be creative, only to have a spontaneous moment of inspiration.

What happens in our brain when we are creative?

The task of identifying physical evidence of creativity falls to psychologists and scientists. Neuroscientists have monitored brain activity in moments of creative thought.

Roger Beaty, a psychologist at Harvard University, carried out such a study. In this study, participants were presented with a series of objects flashing up on a screen. They would each have twelve seconds to think of the most original use for these objects. For example, a participant suggested socks could be used as a water filtration system.

Beaty found that in the event of highly original ideas, strong messages would be exchanged within three areas of the brain:

There has not yet been a study that can conclusively identify a ‘creative’ gene. What we do know is that there is a tangible link between creativity and intelligence. Not all intelligent people are necessarily creative. However, it makes sense that those with a high IQ are able to have both original and functional ideas.

Recent analysis has found a threshold for the correlation between intelligence and creativity. J.P Guilford is one of the 20th century’s most cited psychologists, known for his work in human intelligence. Many studies have confirmed Guilford’s ‘Threshold Theory of Creativity’. This theory finds that creativity correlates with a person’s IQ, up to a score of about 120.

Can creativity be taught?

Creative people refine their craft through practice and dedication. Educational environments strive to stimulate new and independent thoughts. Although someone may not be able to teach themselves to be the next Einstein, they can teach themselves to think more creatively.

In 1956, Louis R. Mobley was tasked with creating a school for IBM’s business executives. He found that for his executives to provide clients with the best advice, they had to be taught how to think creatively. His work has since provided several key insights into our current understanding of creativity:

Mobley found that self-knowledge was fundamental to creative thinking. We cannot dismantle pre-existing biases if we do not have the self-awareness to recognise them.

Self-awareness is something that can be developed through psychoanalytic therapy. We specialise in treatments that help people understand themselves and their place in the world. Many issues we come across in our day-to-day life can be helped by developing a stronger sense of self. If this is something you would like to find out more about, get in touch today for confidential guidance. 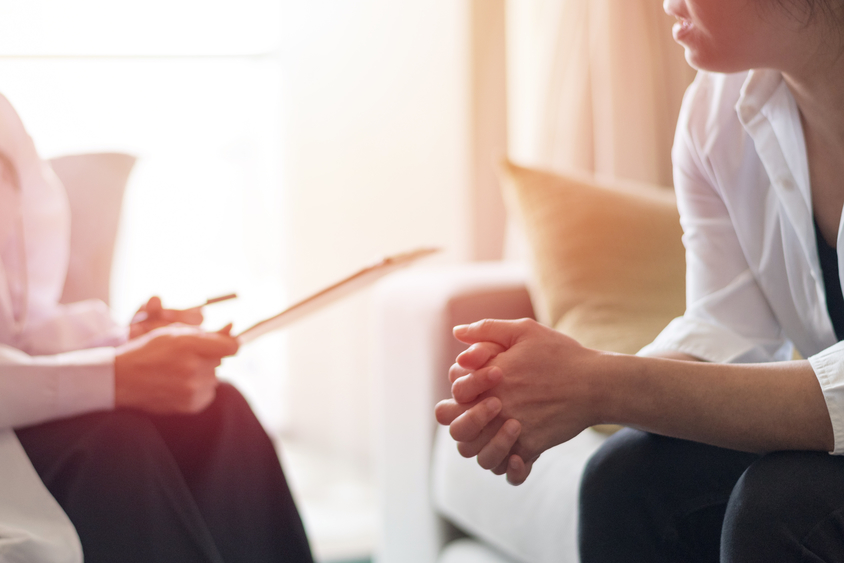 Guide to choosing the best therapy for depression

Directly translated from its ancient origins, the word psychoanalysis literally means ‘to unloosen the mind’, a definition...